Oyster aquaculture on the rise 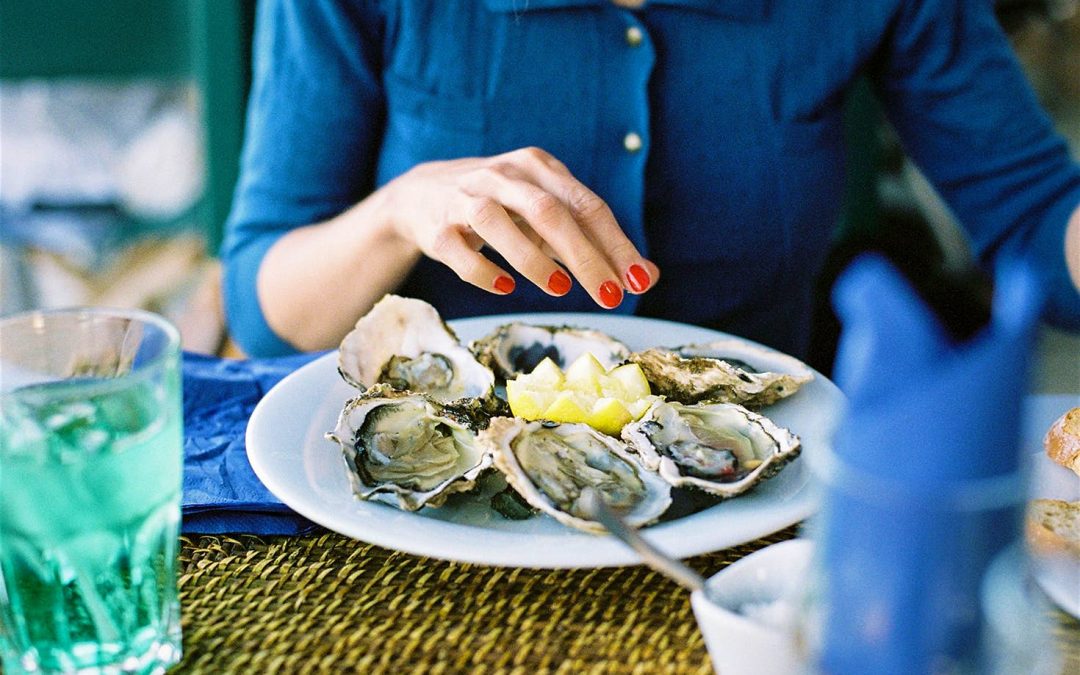 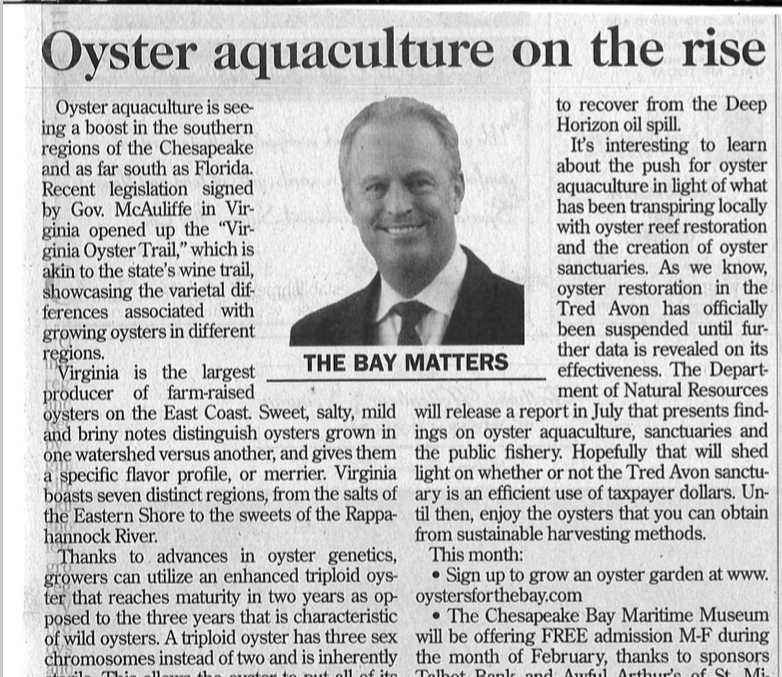 Oyster aquaculture is seeing a boost in the southern regions of the Chesapeake and as far south as Florida. Recent legislation signed by Gov. McAuliffe in Virginia opened up the “Virginia Oyster Trail,” which is akin to the state’s wine trail, showcasing the varietal differences associated with growing oysters in different regions.

Virginia is the largest producer of farm-raised oysters on the East Coast. Sweet, salty, mild and briny notes distinguish oysters grown in one watershed versus another, and gives them a specific flavor profile, or merrier. Virginia boasts seven distinct regions, from the salts of the Eastern Shore to the sweets of the Rappahannock River.

Thanks to advances in oyster genetics, growers can utilize an enhanced triploid oyster that reaches maturity in two years as opposed to the three years that is characteristic of wild oysters. A triploid oyster has three sex chromosomes instead of two and is inherently sterile. This allows the oyster to put all of its energy into growing. The concept is similar to that of a seedless watermelon. These triploid oysters can also be harvested year-round as opposed to seasonally, like wild oysters.

The aquaculture industry is beneficial on multiple levels. One, it reduces the amount of oysters that are harvested from wild reefs. Two, as the oysters are growing they filter the surrounding waters and therefore provide an ecological benefit.

Georgia just launched its first oyster hatchery on Skidaway Island near Savannah and grew 200,000 seedlings last year. This is a long way off from the University of Maryland’s Horn Point Labs, which produces millions of seedlings per year, but it points to a rising trend in oyster aquaculture in the southern Atlantic states.

The Shellfish Research Hatchery at the University of North Carolina in Wilmington is currently working on developing a triploid oyster that thrives in local waters. Even Florida recently changed laws to allow the use of floating oyster cages, which opens up aquaculture to saltier waters and is helping the state’s waters to recover from the Deep Horizon oil spill.

It’s interesting to learn about the push for oyster aquaculture in light of what has been transpiring locally with oyster reef restoration and the creation of oyster sanctuaries. As we know, oyster restoration in the Tred Avon has officially been suspended until further data is revealed on its effectiveness. The Department of Natural Resources will release a report in July that presents findings on oyster aquaculture, sanctuaries and the public fishery. Hopefully that will shed light on whether or not the Tred Avon sanctuary is an efficient use of taxpayer dollars. Until then, enjoy the oysters that you can obtain from sustainable harvesting methods.

• Sign up to grow an oyster garden at www.oystersforthebay.com

• The Chesapeake Bay Maritime Museum will be offering FREE admission M-F during the month of February, thanks to sponsors Talbot Bank and Awful Arthur’s of St. Michaels.

• Feb. 16 — Inaugural Annapolis “Save the Bay Breakfast” to learn about the hottest topics affecting the future of the Bay in this year’s Maryland General Assembly session. 7:30-9 a.m. Boatyard Bar & Grill, Annapolis, Hosted by Chesapeake Bay Foundation.

• Feb. 25 — Can Food Production and Clean Bay Coexist? Panel discussion between farmers, environmentalists, and the public. Free and open to the public. 6:30-8:30 p.m. followed by a reception. Decker Theater, Gibson Center for the Arts, Washington College