Our July Oyster Growing Workshops were a big success! 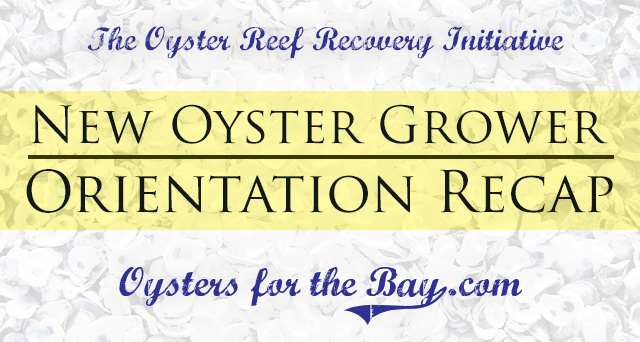 We recently held hosted two Oyster Workshops on July 10th & 12th at The Talbot County Historical Society in downtown Easton, MD- Both of which were a big success!

During the workshops, Scott Eglseder shared on the importance of oyster growing in the bay and surrounding areas, as well as the impact that oysters have in filtering those waters.

Additionally, Scott discussed two options for growing oysters with the workshop attendees. One was the Marylanders Grow Oysters cage that is funded by the state. The other is a float built and supplied by the Midshore Riverkeeper Conservancy, a local non-profit organization.

Also on hand for both workshops, was Tom Leigh who is the Miles-Wye RIVERKEEPER®. He graciously answered questions about growing oysters with the float and registered participants to grow their own oysters. Thanks so much Tom!

July was a great month and we are excited to keep the momentum going. Keep an eye out for more events and workshops to come!