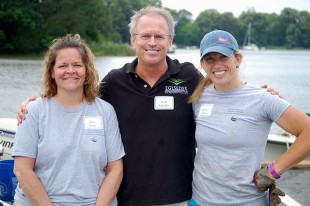 What amazing results! We planted around 122,000 oysters as a result of the efforts of our growers during this past growing season! We were astonished to see the numbers and we can’t thank all of our growers and volunteers enough for making this happen.

To start the day off, we met at Eglseder Wealth Management Group, Inc.’s (EWMG) office location for coffee, doughnuts, and a logistical pow-wow before heading out on the road. We had 20 volunteers in all, including 3 EWMG staff members, who completed 11 routes to pick up 326 cages worth of oysters from our 79 growers with Marylanders Grow Oysters (MGO) cages. These oysters were then brought to Easton Point where we met up with Chris Judy and Steve Schneider from the MGO program. We fit all the oysters into 112 blue buckets (see picture) and then Kelsey Payne, Kim White, and Gordo Reyes-Seeber accompanied Chris and Steve to plant the oysters on the new sanctuary, Orem, near Channel marker 11 of the Tred Avon River.

Here are some interesting statistics provided by Chris Judy about the ORRI oysters:
5 oysters per shell was the average count per shell. It was as low as 1 and even 0, and as high as 14 to 18! The average of 5 per shell was based on a subsample of 50 shells (a few shells were taken from multiple buckets to yield a group of 50 shells. We were careful not to concentrate samples from only a couple buckets). We performed this test again and also came up with 262 oysters per 50 shells— remarkable that the results were the same!

Given that a cage has between 70 and 80 shells, I averaged it to 75 shells per cage.

Thank you to our volunteers who drove around, lifted cages out of the water, got grimy, and had such great attitudes! 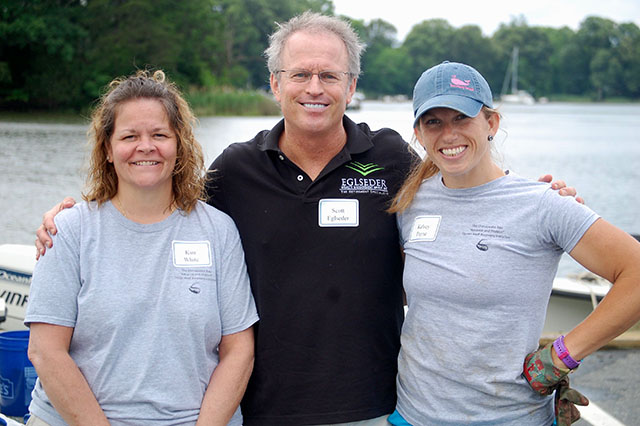 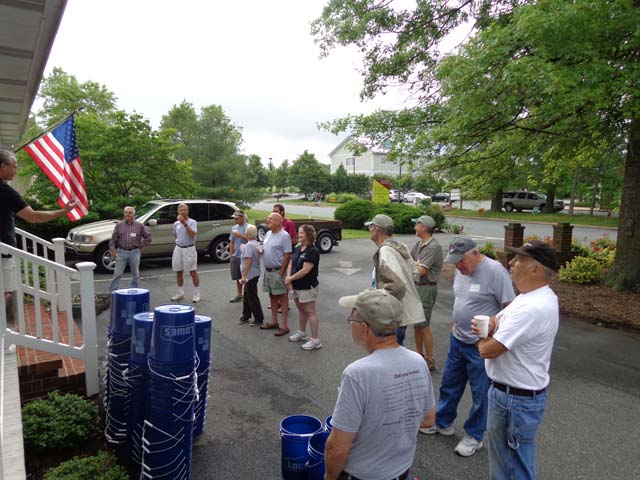 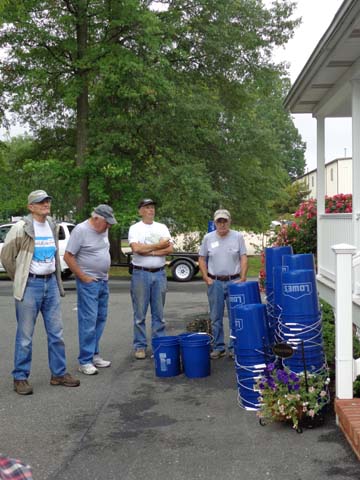 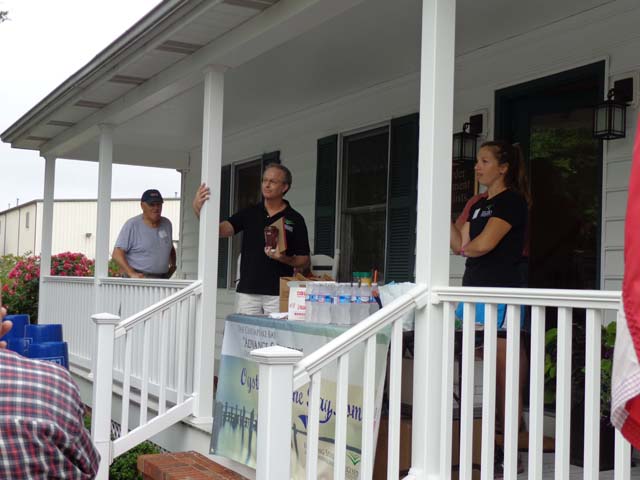 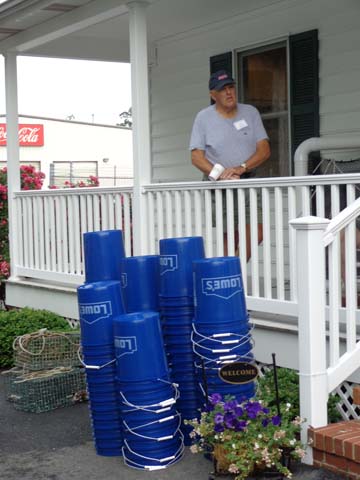 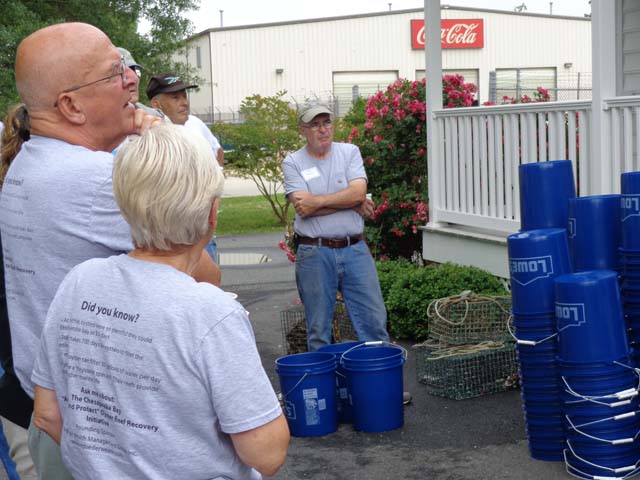 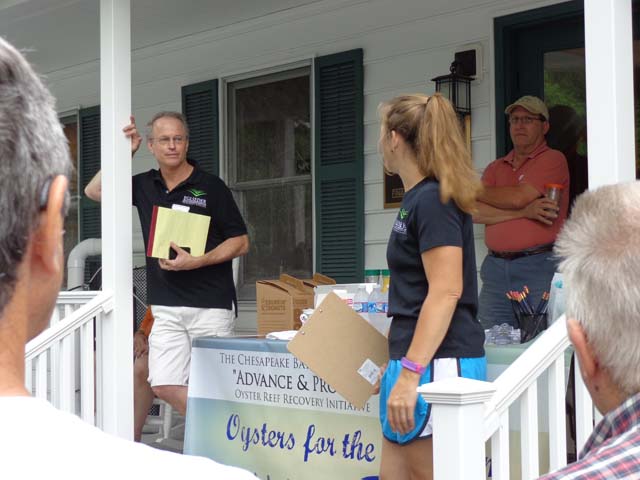 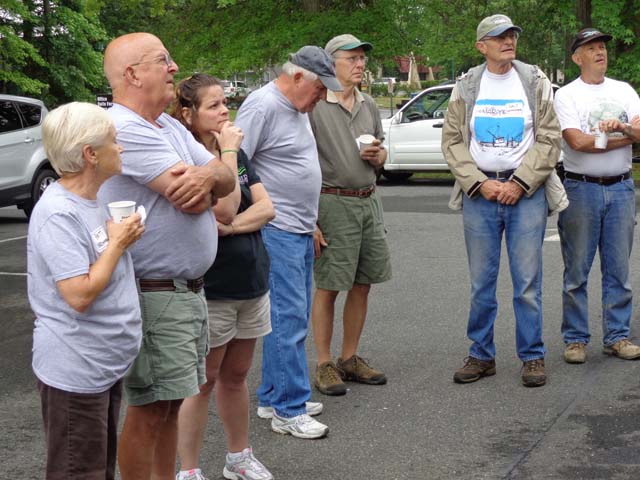 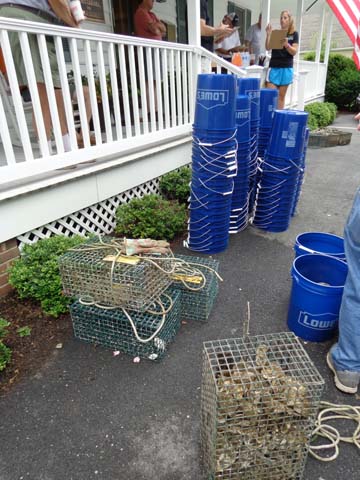 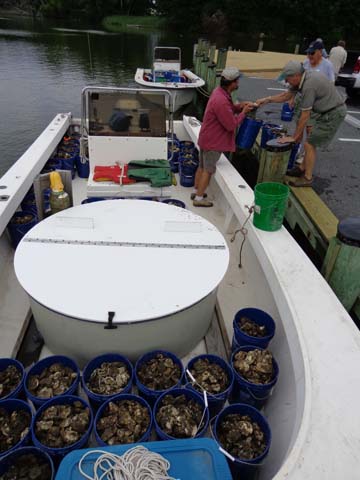 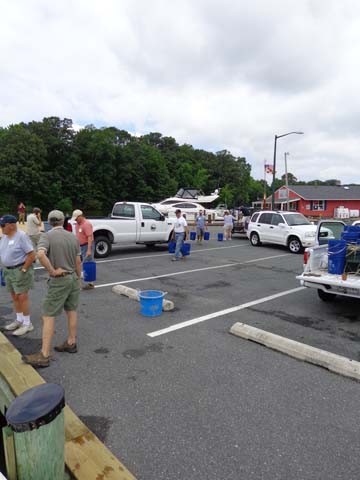 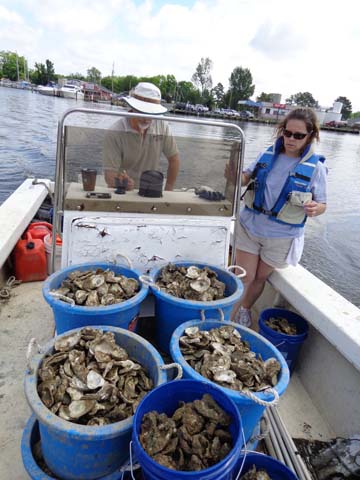 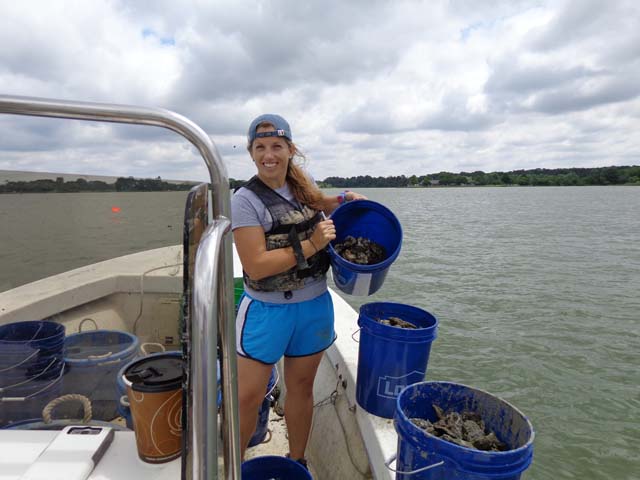 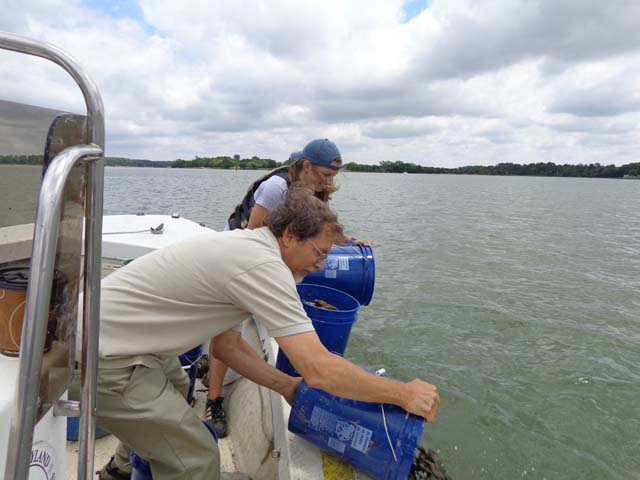 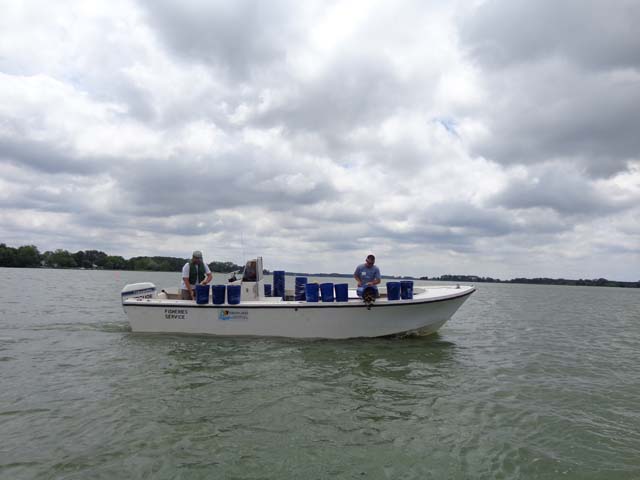 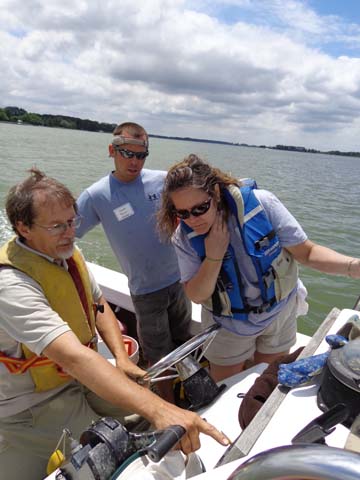 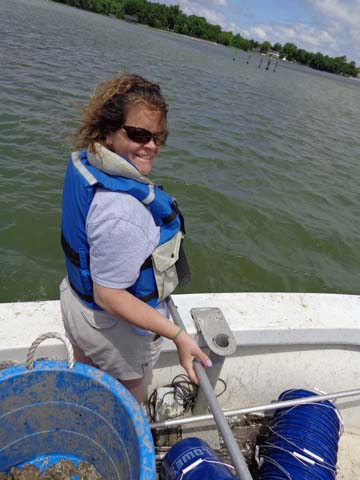 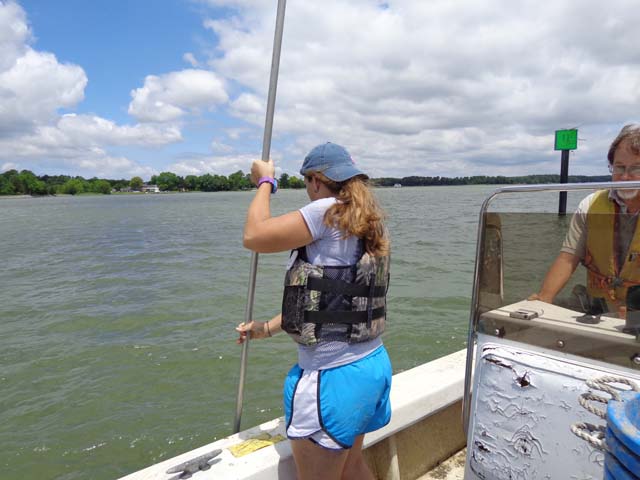 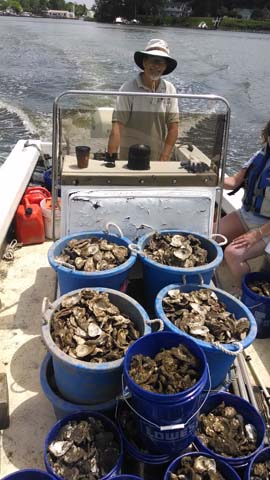 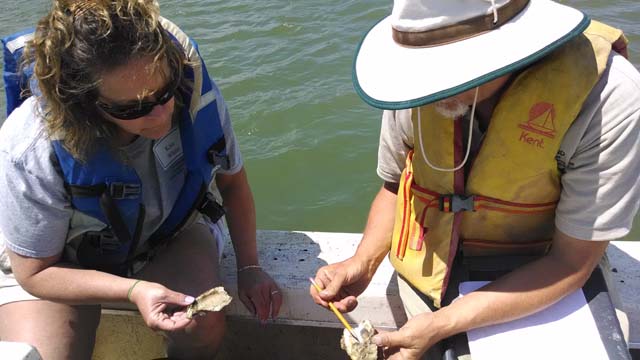 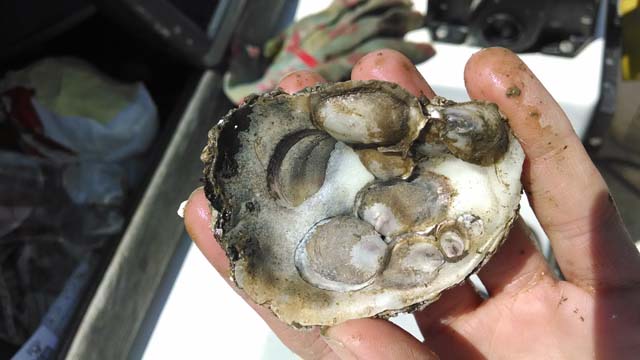 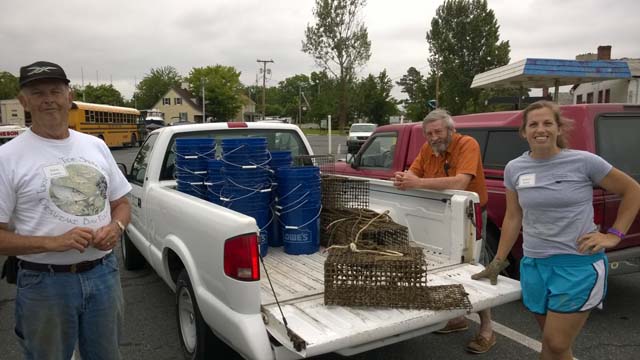 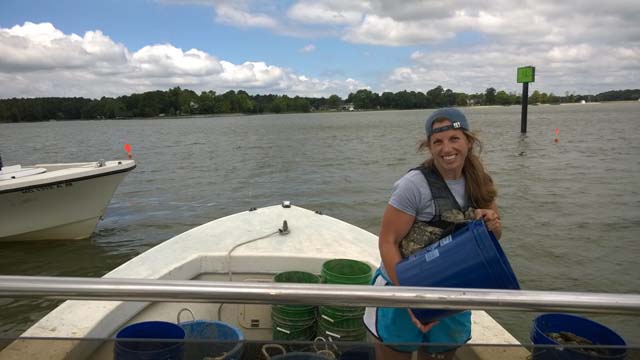